I realized this morning that I never posted their links here.  I know you've all been waiting breathlessly.  There are five books in the Lauren Laurano series and each book is 1.99.

The other three were originally published under my pseudonym, Jack Early. Each is a stand alone and each is 99 cents.

There's also a short story that people are buying.  I didn't expect that but it's happening.  Only 99 cents.

I hope you'll read one or two.  I think you'll enjoy them.  But what do I know?
Posted by Sandra Scoppettone at 2:08 PM 5 comments:

I don't usually write about anyone who doesn't have anything to do with writing, but this is different. 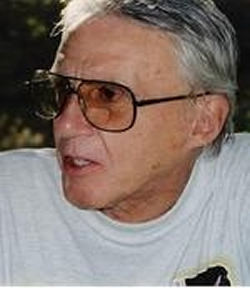 Silvio was a movie and television director and my cousin. Some of you may remember a movie called Georgy Girl.  It starred Lynn Redgrave, Alan Bates,Charlotte Rampling and James Mason. It was a big success.  Later he did some other movies that weren't  as successful but he did some lovely things for Granada television.  Although he was a Canadian he chose to live in England.

He was great fun and although I didn't see him that often when I did it was "a party just being near him." Sil was smart and funny and spontaneous.  Also very generous.  When he knew I didn't have any money he optioned a play I'd written.  We both knew nothing would come of it, but it was a way to help me without loaning me money.  Occasionally a phone call would come in and in the last years an email.

He was also a manic/depressive (called bi-polar today).  But I never saw the depressed side.  This disease crippled his career.  He could have done so much more.  But hell, he worked with Ingrid Bergman, Glenda Jackson, Trevor Howard, Laurence Olivier, and Joan Hickson (Miss Marple) among others.

I loved Silvio and although I hadn't seen him for years, I'll miss him being in this world.

BTW, all the obits say he was 84 but he was 87.  Somewhere along the way he changed his age...so typical of him to do that for only 3 years.
Posted by Sandra Scoppettone at 10:44 AM 4 comments: